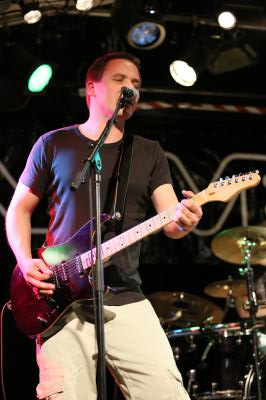 Is the guitar player and singer of the band.He started playing the guitar when he was 11 years old and was all possessed by the six stringed instrument since then.Whenever he could he would go and play his guitar.

Marcel, also known as Mace, played in different school bands before he formed a metal band called Hellvetia.
When he was 18 years old he played for Jackson guitars at the Zürich music convention. At 22 he moved to Los Angeles where he studied at the world famous GIT.
At the GIT he played with different bands.

Mace also studied guitar building at MI’s Guitar Craaft Academy where he received an award for “Outstanding Student”. He built several guitars. One of them was the Thorn guitar shown below.

Mace is also known for his abilities in guitar teaching. Check out some of his lesson online.
http://mace.nemethmusic.com/ 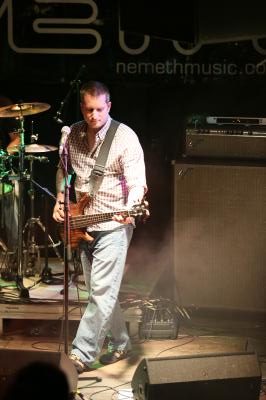 Is the man that takes care of the low end parts and also does the backing vocals at gigs.

He started playing when he was twelve years old.
His influences were the German punk scene and later metal bands like gamma ray.

He played in a fun punk band and later he performed with a Swiss new metal band called Crude. In his time as an active musician, Michi always booked gigs for bands and arranged concerts. At one of these gigs he met Markus and Mace who played in a band together at that time. Eventually they became friends and kept contact.

Together with Markus Steiner he forms the fundament of Nemeth. Michi cares a lot about the interaction between his bass and drums which gives the whole band a real tight feeling. His incredible feeling for melodic bass lines helps the songs to flow. 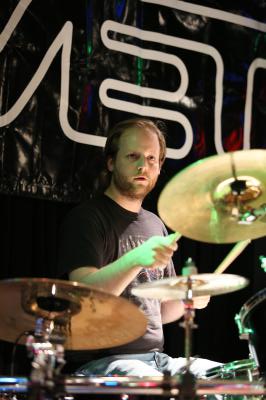 Is the man behind the drum kit. He started beating skins when he was 13years old. After playing in several school bands he was asked by Adrian Mueller, bass player at that time, to play in a band called Hellvetia. That’s where he also met Mace.

Markus studied music at ACM (Academy of Contemporary Music) in Zuerich Switzerland.
Markus is not only an excellent drummer, he is also known for his sense in arranging songs and how to finish a good song up.

He is influenced by British metal bands such as def leppard and later by bands like Metallica and Pantera, which were his favorite bands at that time.

These days he likes several kinds of music. His all time favorite drummer is Dream Theatre’s Mike Portnoy.

„Markus is an excellent drummer. He writes out every hit or fill he does on his kit in his head“, Mace states about him.